Hello everyone and welcome to a new section of House Rules for Sisters of Battle – this time based on the current Beta Codex of Chapter Approved 2018.

It’s not long since Chapter Approved arrived at the first retailers and the Beta Rules for Sisters of Battle are already fully leaked. Due to that, I got some chances to test the new rules and combined with a lot of feedback from the Warhammer 40k community, I thought a lot about current problems, wishes and eventually possible solutions.

The following piece of rules is my personal approach on modifying the current Acts of Faith ruleset and with some feedback from you guys and a lot more playtesting, it might be my contribution to the feedback on the Beta Codex for Games Workshop.

I will start with a clean setup of rules and afterwards justify my ideas, so let’s get started: 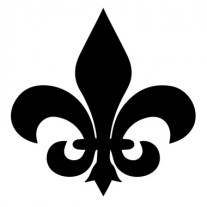 The Sisters of Battle can call upon the Emperor for divine assistance.

There are 6 Acts of Faith to choose from:

The modification of the Acts of Faith, leads to several adjustments for the rest of the Beta Codex:

After this unit performed an Act of Faith, roll a D6. On a 4+, this perticular Act of Faith may be used a second time this round by another unit – A unit still cannot perform the same Act of Faith twice a round.

Laud Hailer: Add 1 to the Leadership characteristic of ADEPTA SORORITAS units whilst they are within 6″ of any friendly models with this ability. In addition, roll a D6 each time a unit within 6″ of the Dialogus performs an Act of Faith. On a 4+, the Faith Points of this Act of Faith are restored.

Relics of the Ecclesiarchy – Litanies of Faith

Roll a D6 each time you perform an Act of Faith for a friendly ADEPTA SORORITAS unit whilst it is within 6″ of the bearer; on a 5+ this Act of Faith uses the stronger effect for two Faith Points, but only costs 1 Faith Point.

Stratagem – Vessel of the Emperor’s Will (3 CP)

Use this Stratagem after performing an Act of Faith for an ADEPTA SORORITAS
unit from your army. You can re-roll wound rolls of 1 for that unit until the end of the  phase. (This does not add up to the effect of Divine Guidance or The Passion.)

Alright. Now let’s see what I had in mind:

I like the idea of a scaling AoF system. In the Index version of SoB, you could only scale the amount of Acts by adding Imagifier, but they were expensive, limited to units within 6″ and you had to roll a 4+ each time. So not very reliable.

With the Beta Codex, you have a scaling amount of Faith Points, depending on the amount of models in your army. Unfortunately, you are limited to 6 Acts per round, from which many are very situational. So again, you are quite limited with larger armies.

To fix this issue, I implemented 2 ideas:

I support the idea of a strategical element for the AoF mechanics, but Faith Points are totally fine for that! Especially in combination with possible Convictions, Stratagems and Relics.

So why do we have to spend points and still take tests? I would completely remove the Tests of Faith and make every Act automatically succesful.

BUT: The stronger effects will cost 2 Faith Points instead of 1, just like some Acts now have higher or lower Devotion values.

And you can still roll a lot of dices if you want. All the abilities and tests to keep or gain Faith Points will stay the same (becoming more important to use the strong versions) and in addition you can take the new Simulacrums f.e. for more Acts of the same kind. You keep your random events, but the Acts themself are now reliable and can be balanced much easier.

(And btw: This way, Sisters could no longer “fail” in their Faith! What a blasphemy! They will simply use their “Faith-Pool” as good as possible … xD)

Anyway, we see some changes that heavily influence the game for Sisters of Battle. So with the introduction of the 2 Power Levels for each Act, we can get back to stronger effects, but balance them around higher costs.

And last but not least, I want to talk about the two most important (?) Acts in our Repertoire and why / how I changed them.

Divine Guidance is simply weak in the current system. Especially while you have a realistic chance of failing it and while you can already reach some to-hit bonus with a canoness nearby. DG adds up, yes, but its still far beyond expectation.

So first of all I would also give the +1 bonus to wound rolls. This makes your range attacks much more reliable, which is a huge buff, but is still less powerful than shooting twice (at least that is my experience for now)

In the upgraded version, you also get doubled range for all bolt, flamer and melta weapons – The Holy Trinity! And that can make a huge difference, since it gets easier to get the melta-bonus of half range and the doubled shots of boltguns on half range.

The Passion didn’t change with the Beta Codex, but I still felt the need to adjust its rules to Divine Guidance. You can no longer attack twice, but you add 1 to your Attack characteristic and in both versions, you will get the bonus on hit and wound rolls in melee combat.

Overall, it should mostly be a huge buff when you perform the stronger version.

Allright, that’s my current approach on how to fix the Act of Faith system. I hope you guys give it a deeper thought and maybe you try it out on your own. If so, please let me know! Maybe we can find some valuable feedback and ideas for GW together.