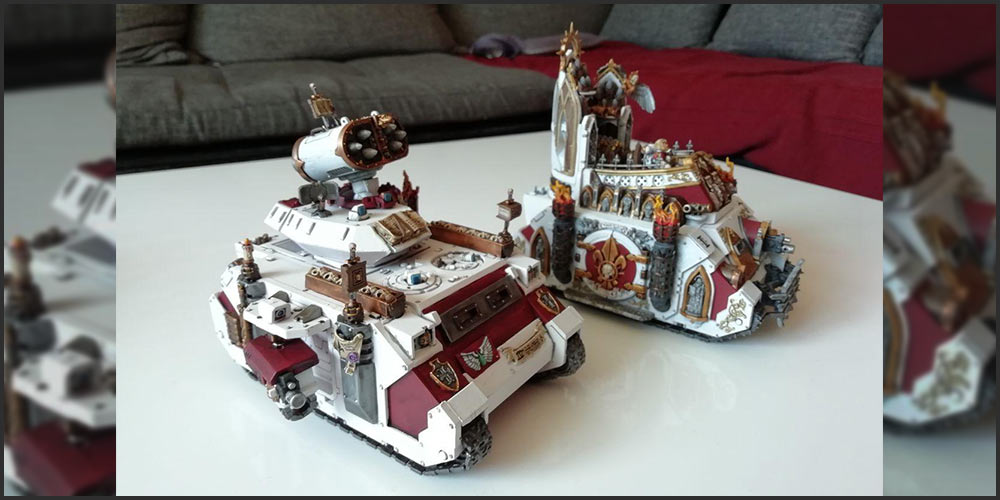 Finally some more updates on my Sisters. The new Exorcist is finally painted and I thought it a good time to also show my older conversion (at least some month older).

The Conversion is based on an old Baal Predator I didn’t need anymore. Due to the new codex and the ability (need ^^) to take a heavy bolter, I could easily keep one of the side turrets and use the other side of the tank to include a nice, colourful window. Which turned out better than I thought at the start …

The Launcher on top is simply a carapace weapon from my Imperial Knight and since it was already magnetized, I just added a magnet to the turret.

Well, and after adding the usual amount of fluffy stuff, like books, seals and fire baskets it was done. And while it is definitely not the same level of detail as the new model from Games Workshop, I still really like it. But now take a look for yourself.

(And never hesitate to build your own conversions! There are so many cool models based on rhinos and such things and a whole lot of conversion kits.) 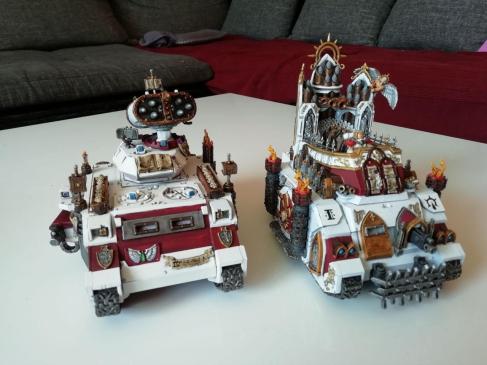 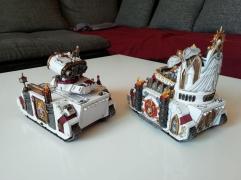 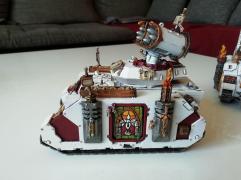 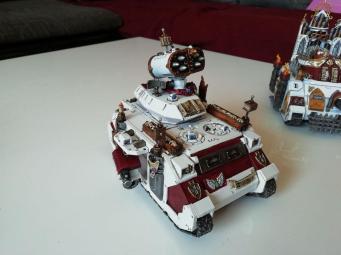 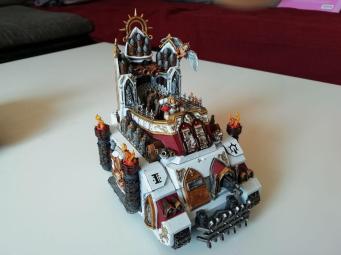 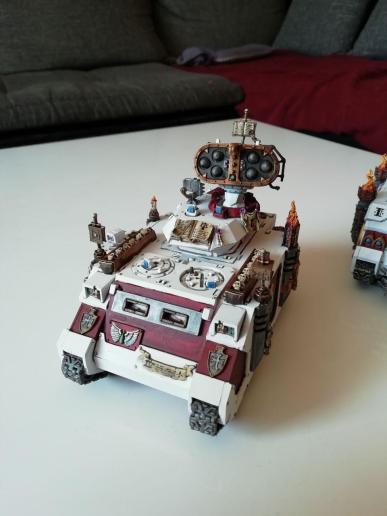 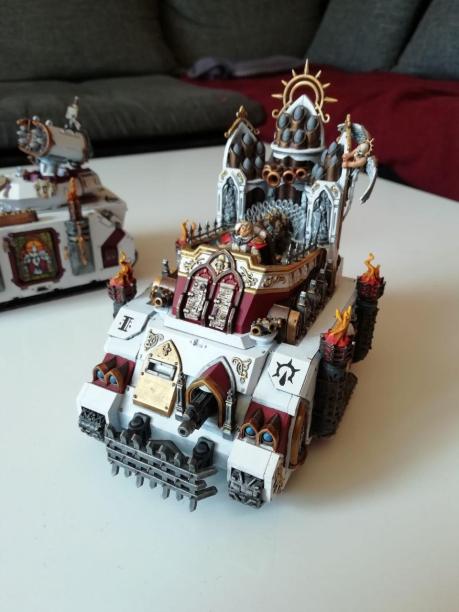 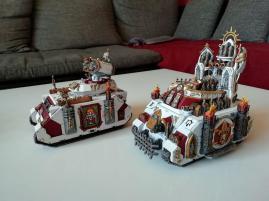 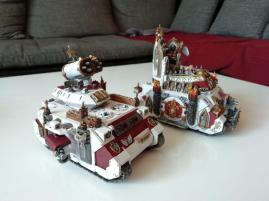 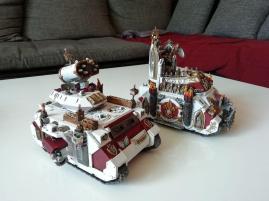