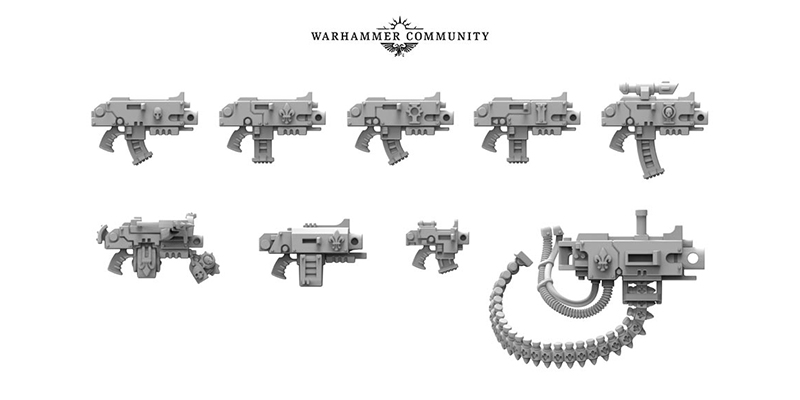 Warhammer Fest Europe started today and Games Workshop surprised us with a new glimpse of what is planned for Sisters of Battle in (hopefully) 2019. This time, we get a first impression of the new weapon design, so let’s take a closer look.

Back at AdeptiCon, we revealed Sisters of Battle were coming in (if the Emperor wills it) 2019. We know you guys have been anticipating this release for years, and we want to assure you that Sisters of Battle are in the best possible hands.

After looking at the first of the new generation of Adepta Sororitas at AdeptiCon, today we’re previewing some early images as well as exploring how our miniatures designers have brought this iconic range to life. 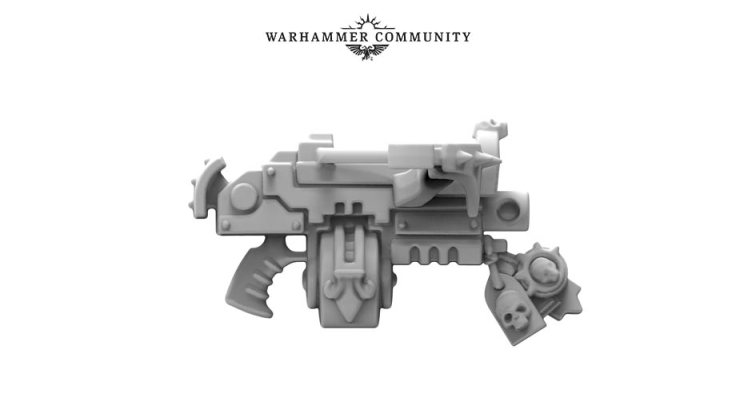 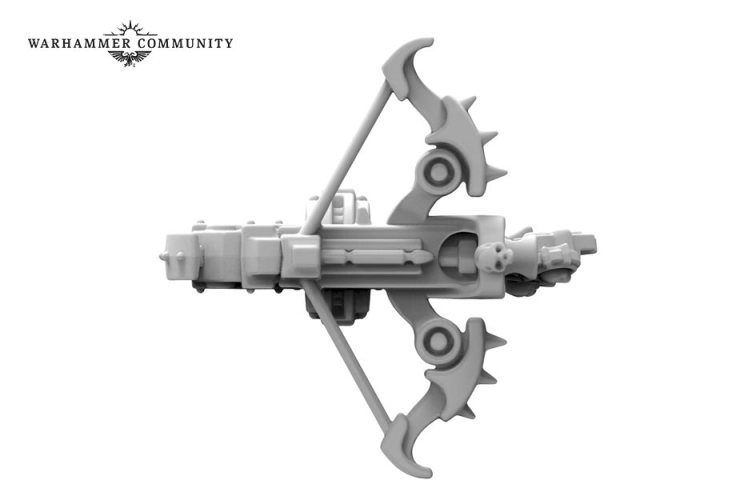 And what an image to start with! A Stormbolter-Crossbow-Mix itself is already amazing, but flavoured with the iconic Sororitas-Design, it gets even better. Even though the idea is not new. Looking at Inquisitor Greyfax, we see a nearly identical version.

This leaves the question, if we get some fancy rules for this weapon, because right now, we only got the Index book for Greyfax and the weapon only counts as a Master-crafted Condemnor Boltgun (correct me if I’m wrong).

But this piece of Artistry is not all, there is a whole bunch of new Boltgun designs coming, but let’s start with a quick comparison of Space Marine and Primaris versions.

The flamer and bolter are classic weapons both of the Sisters of Battle and the Imperium itself, and the design team wanted to make sure that these armaments truly suited those wielding them.

Based on the iconic original bolter, the weapons borne by the Sisters of Battle have been designed to be employed by humans. The weapons carried by the Emperor’s most devout warriors are as much ritual implements as they are weapons of war, and so we’ve squeezed all sorts of ornate detail into them, pushing our cutting-edge technology to the limit to make sure that every part of the new Battle Sisters tells a story.

Take their bolters – just as the bolt rifles wielded by the Primaris Space Marines were based on the iconic Godwyn-pattern, so too are the new Sisters of Battle bolters.

Overall we have a classic boltgun design, but what else to expect right? Still, the slight variations as the different shaft and the recess at the front, give it a unique feeling and the new size perfectly fits into the hands of a non-gene-enhanced warrior of the Imperium.

GW also presented an overview of the “boltgun family”, which gives a good idea of the overall style. We even see a glorious Heavy Bolter!

Our designers have been pushing the design of the Sisters of Battle further than ever before – while you’ll recognise their classic armour and weapons, look closer and you’ll pick up a wealth of detail we could previously only explore in art, like the reverential engravings on each shell of this heavy bolter:

Once again, this weapon is a great example of all the details we can expect from the new Sisters of Battle line.

And, of course, you’ll be getting flamers – lots and lots of flamers. It is, after all, the ideal heretic-purging weapon. Based again on the iconic Sisters of Battle flamer, these have been upgraded with a more ornate muzzle: 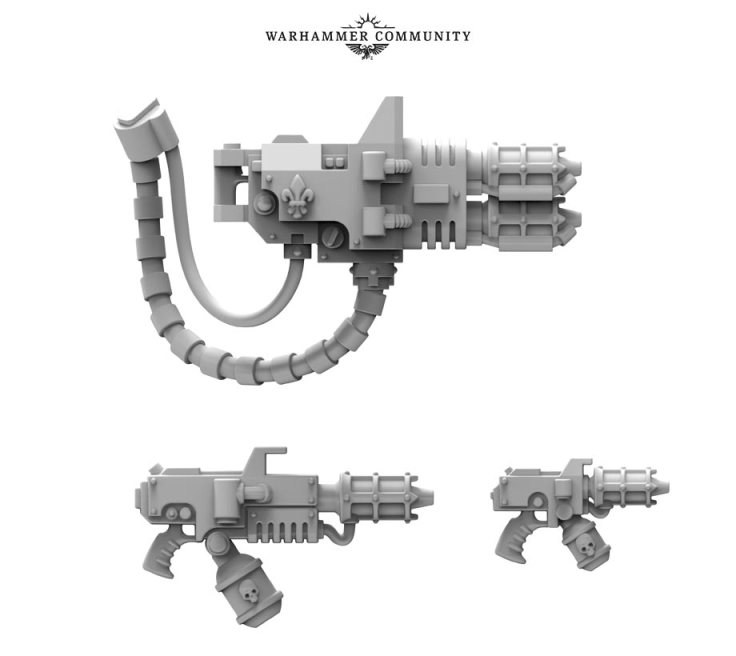 This one’s really interessting. The new flamers come with completely new muzzles in form of fire braziers. While it looks awesome on the heavy flamer, I find it a little strange on the smaller versions. I cannot point out what bothers me, but I guess a painted version will give a totally different feel.

All in all, the look is great and fits the fantasy of the Adeptus Sororitas. It’s nearly sad though, that the rest of the weapons body is not modified at all, Fleur de Lys aside.

Yes, there is no sign of new melta weapons yet. I’m sure we will see them soon enough, but since we got a glimpse at bolter and flamer already, this bothers me more than it should … All hail the trinity 😉

For those who escape your wrath at range, there are plenty of close combat weapons on the way too, again based on classic designs and upgraded with new detail:

Last but not least in this days news, the melee weapons. And these are also stunning. If GW manages it to bring those beauties to the table, in the same detail and most and for all, in this thickness (?), I will definitely start using Chainswords here an there. The Fleur de Lys version looks a little strange, but overall this is a nice design with beautiful arm guards.

What a great look into the vaults of Games Workshop. Of course we only see render models once again, but as seen on the Sister of Battle from AdeptiCon, these weapons drip with details and flavour and I’m hyped once again to see the first real models.

We’ll have more news on the Sisters of Battle in future studio previews, so watch this space…

As it seems, there will be no more further infos at Warhammer Fest this weekend, but the next event will come and we will keep an eye open.