Time for some big news! Games Workshop officially teased the content of the upcoming Sisters of Battle Starter Box and that even includes fresh plastic Arco-Flagelants. Time to take a closer look at the glorious future …

After a current leak of the box-content from China, GW revealed it officially in their current Battle Sister Bulletin. And beside the many miniatures we already knew from the previews, we finally have a list of all units. That’s what we will get: 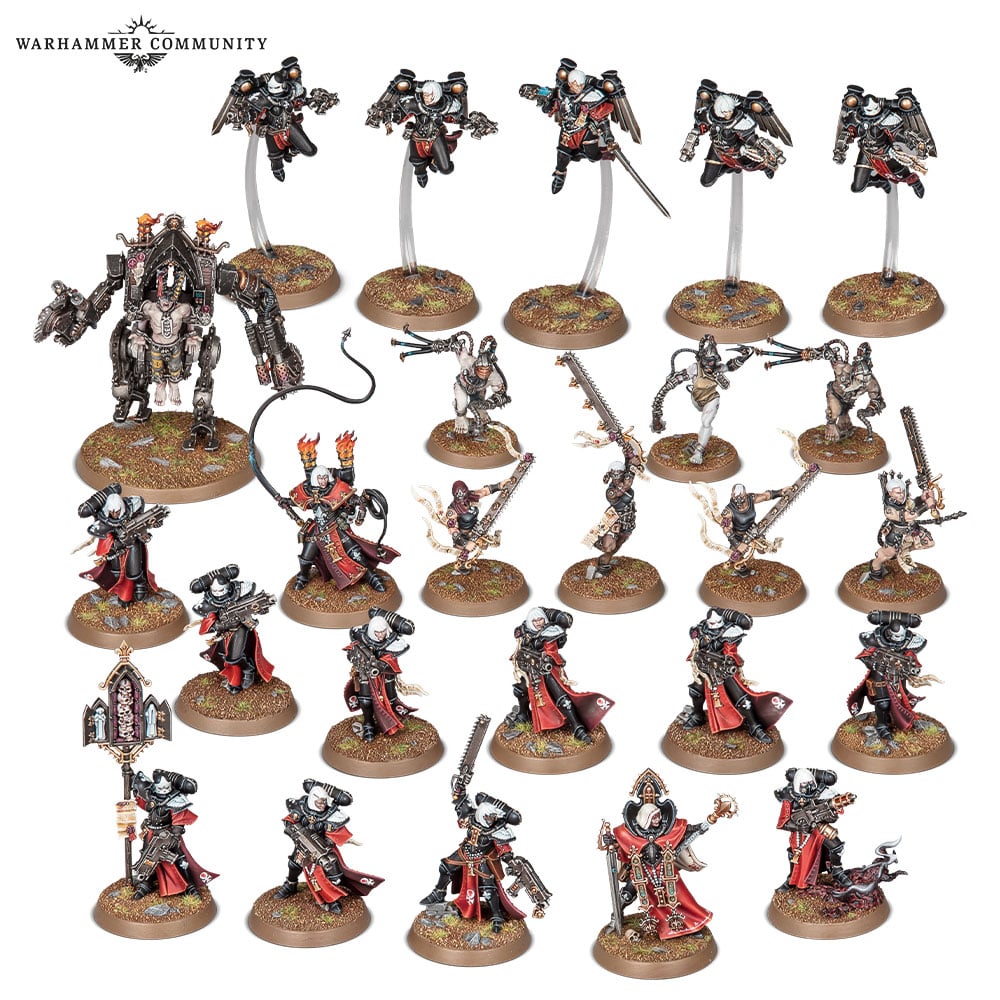 As you might notice, these are all single-pose, but the different helmet/head options make up for that. At least in a small amount of units. Looking at the Seraphim, it might get a little “static” when you put 10 of these ladies together. Although I would expect GW to release single boxes for all units, that include more build-options.

All in all, this seems to be a great set, but the thing is, you might need at least two of them to build up a functional army. While I love getting my hands on all these different units, it feels weird to get only 3 Flagellants and 4 Repentias … and even a single Penitent Engine is a little odd.

Two sets though + another squad of Battle Sisters and you have a great army at hand. You can easily set up a Battalion and field a nearly full squad of Repentias. Maybe a third Penitent Engine, put some special weapons on the Seraphims and you’re good to go. If such an army will be competitive is hard to tell, only the new codex will show.

But this is really what I’m looking for. If is official that we will get the full, new Sisters of Battle Codex in November and even the “special” edition! 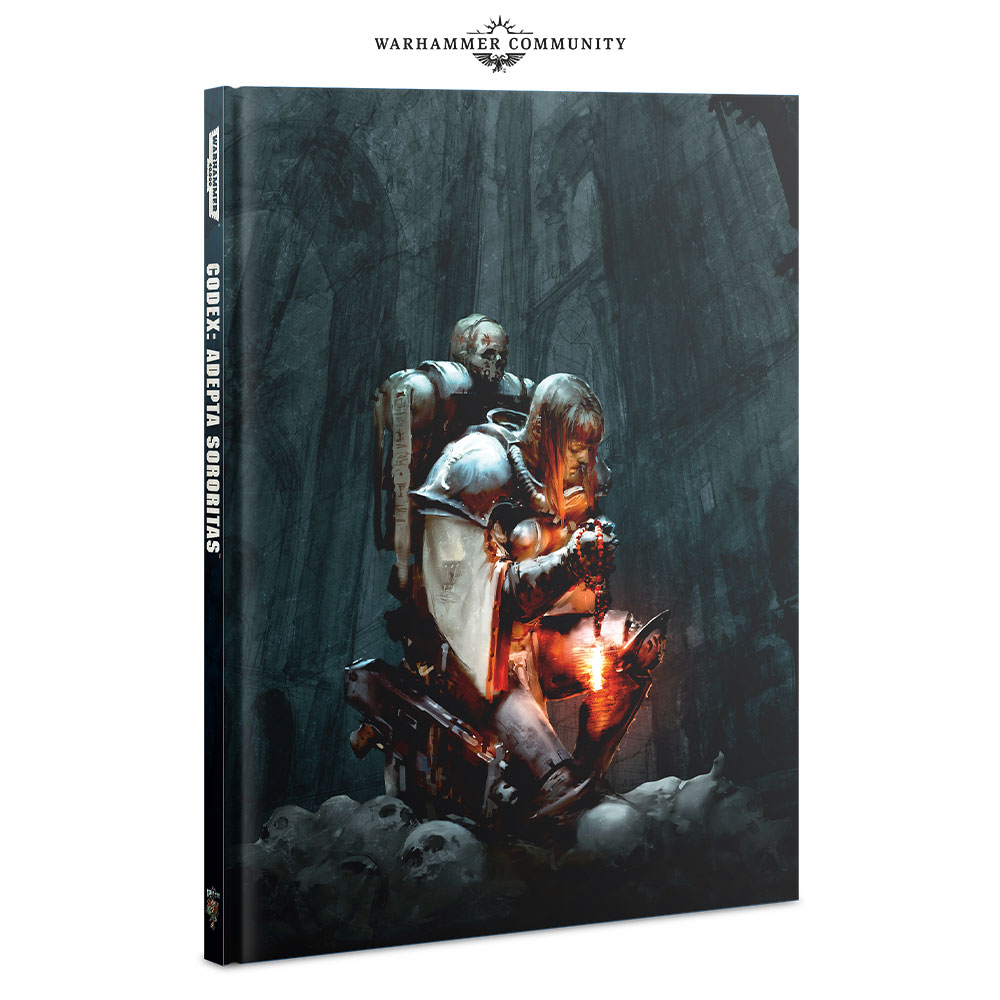 Oh, and the clear statement that we will be shown a lot more units in the near future.

You may also have noticed that over the course of the series, we’ve hinted at loads of other models that aren’t in this set. That’s because this is actually only the (mind-blowingly awesome) vanguard of an expanded Adepta Sororitas range yet to come. How cool is that?

And damn, I’m so hopeful for some improvements for the Celestians! Rule- and miniature-wise. But looking at the new stuff so far, I’m not to worried about the last.

And did I already mention that they renamed the Mistress of Repentance? ôo

If this is some common phrase and I’m just not aware of it, sorry  🙂

And last but not least … 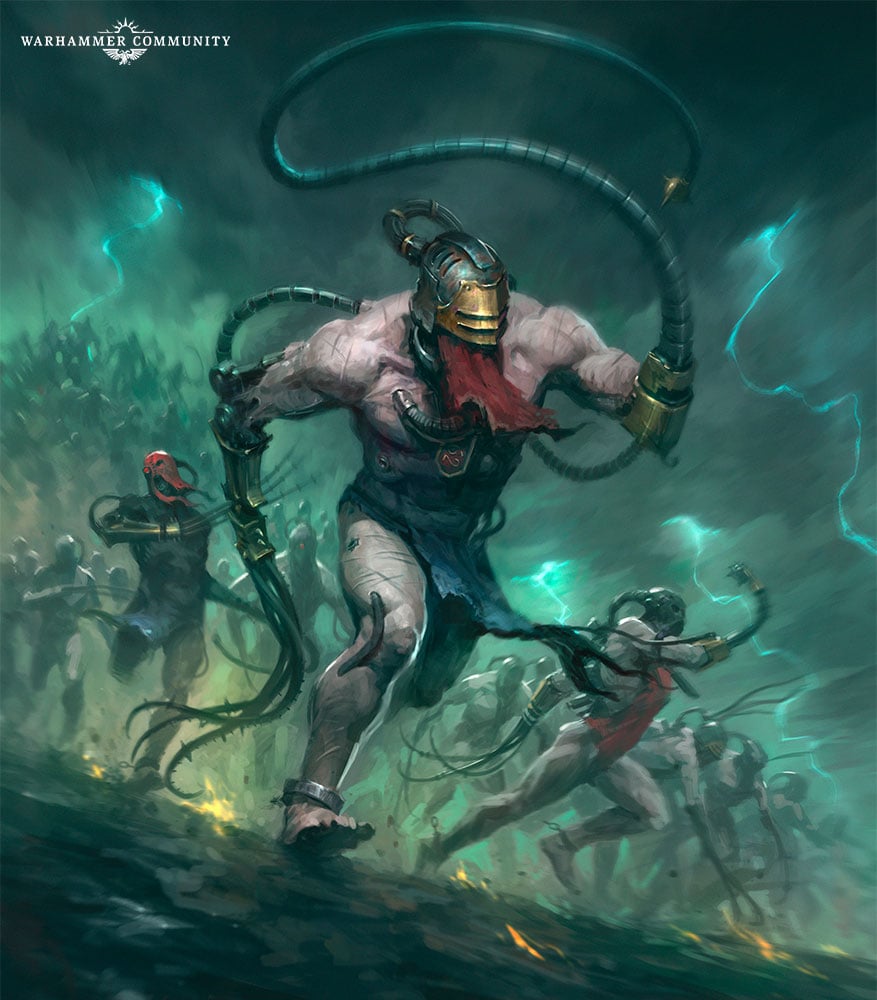 In the grim darkness of the far future, it’s really not a good idea to upset the Ecclessiarchy.** To be sentenced to arco-flagellation is to become little more than a weaponised, utterly berserk killer. Over the course of a long, painful process, the convict’s mind is wiped, replaced only with an uncontrollable urge to mete out violent destruction upon their prey. In fact, this process is so effective that Arco-flagellants must be subdued by the pacifier helm rooted deep in their nervous system and cerebellum to render them docile.***

When unleashed in battle, a trigger word is uttered, which not only deactivates the pacifier helms of the Arco-flagellants but floods their bodies with a murderous cocktail of stimms and combat drugs. No sooner has the kill order been given than the pack of Arco-flagellants roars off towards the enemy lines with inhuman speed, tearing through their hapless victims in a destructive whirlwind of cybernetically implanted flails. 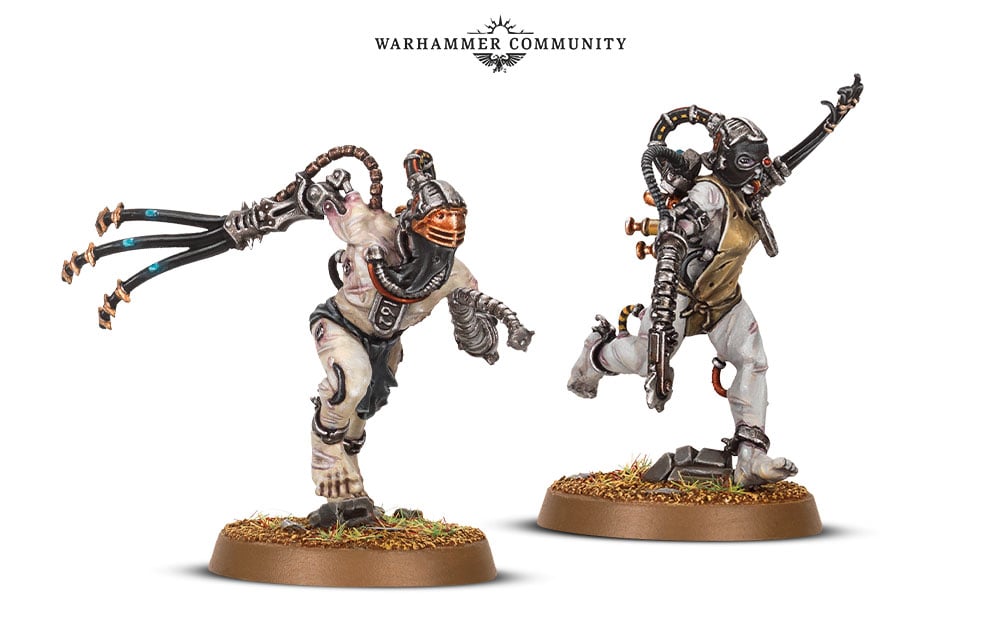 The design of the Arco-flagellants was heavily inspired by the first example of their kind, the infamous Damien 1427 (seen below) from the classic Inquisitor game.**** Their physiques have been unnaturally distorted by all the cybernetic enhancements, and cables sprout crudely from their skin in multiple places. Some wear ragged clothing or hoods of penance, but they all feature the distinctive pacifier helms, cranial conduits, and the arco-flails that have been surgically grafted in place of their arms. 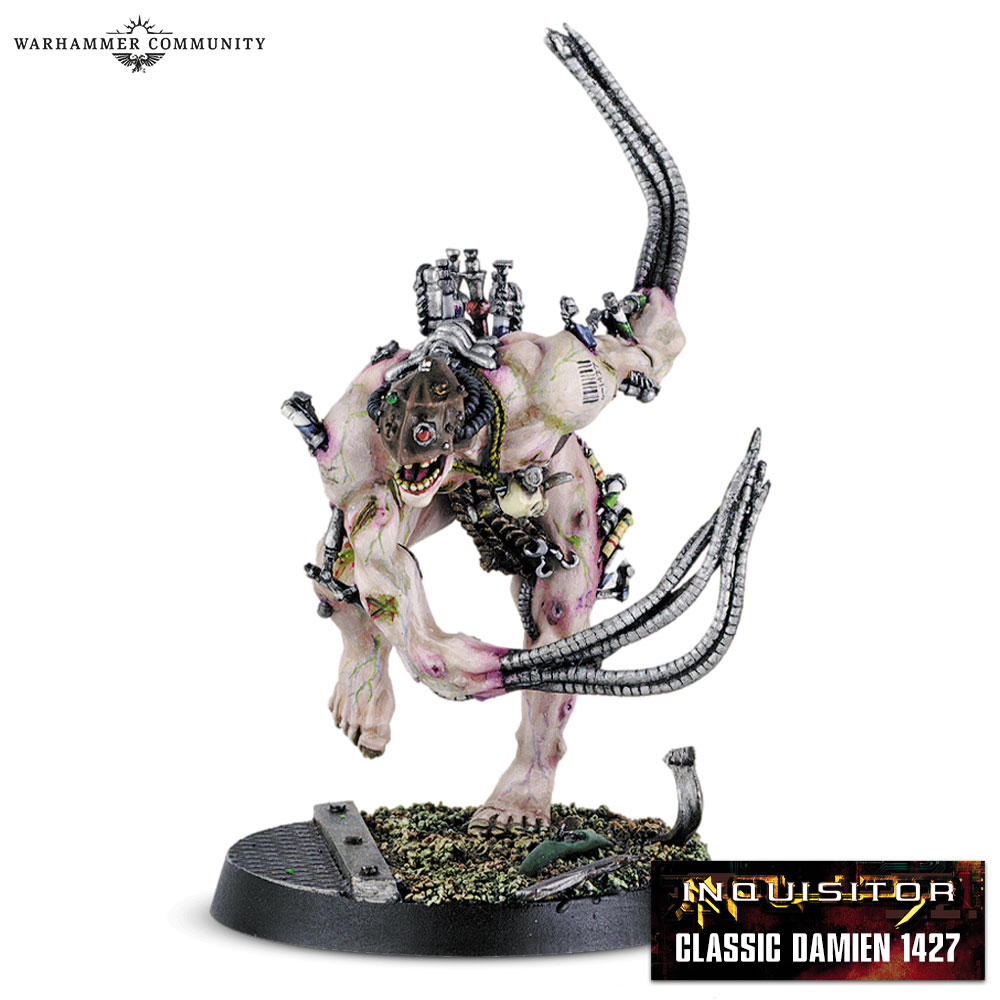 As one would expect from psychotic living engines of destruction, the Arco-flagellants are posed to be sprinting at full speed, wildly flailing their weapon limbs in anticipation of the kill. They certainly look suitably intimidating on the battlefield, and you can trust us when we tell you that you won’t want to be on the receiving end of a charge from a unit of them!

And that’s it for this weeks Battle Sister Bulletin. Some of you might have noticed that I’m not covering all news, so if you might have missed the reveal of the first Sororitas Rhinos, here’s the article on Warhammer Community

Now let me know, what do you think about the new Army Set? Will you get one or even two of them? How do you plan to build up or start your Sisters of Battle army? So many questions, so many weeks to wait for the relase *sigh*