Today, we’re in for a treat! Warhammer Community previewed a lot of new models from their new Sisters of Battle range and even real plastic and a painted one is shown by the end. Enjoy!

With more than ten Battle Sister Bulletins under our belt, we’re starting to ramp things up as the awesome plastic Adepta Sororitas miniatures range continues to take shape. So much so, in fact, that today we’re able to show you not just one, but a whole bunch of new Battle Sisters… 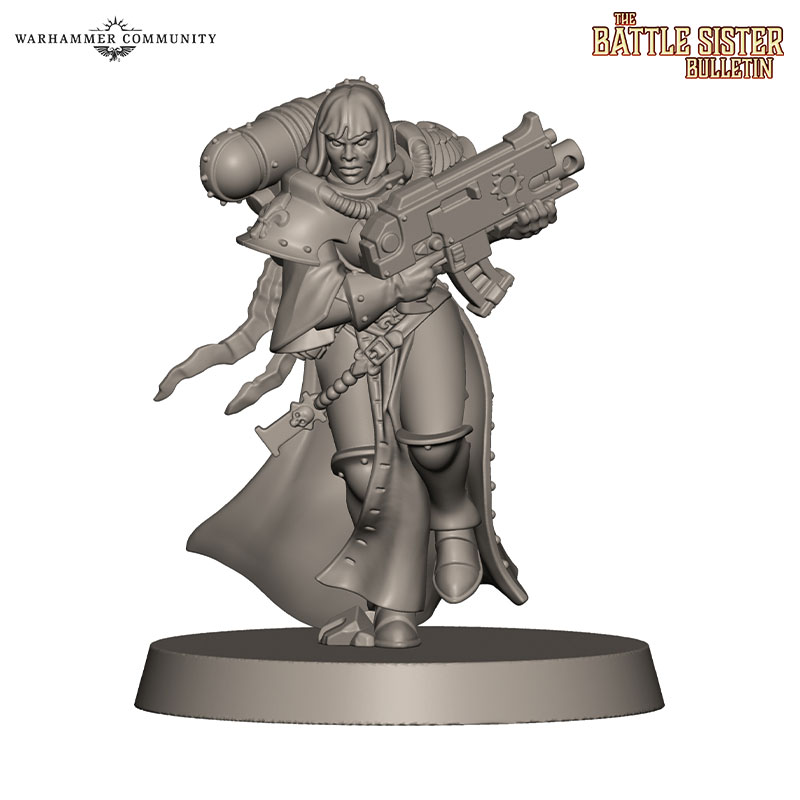 As you can see, the sculpted suits of power armour that each Battle Sister wears is complemented with a flowing habit and is adorned with purity seals and the symbols of their Order. Considering that Battle Sisters are the line troopers of the Adepta Sororitas army, they very much set the standard of what will follow. Given how stunning each of these miniatures is, it’s fair to say we’re pretty excited to see what the rest of the range will look like!

Speaking of which, here are another couple of Battle Sisters, this time armed with a storm bolter and flamer respectively… 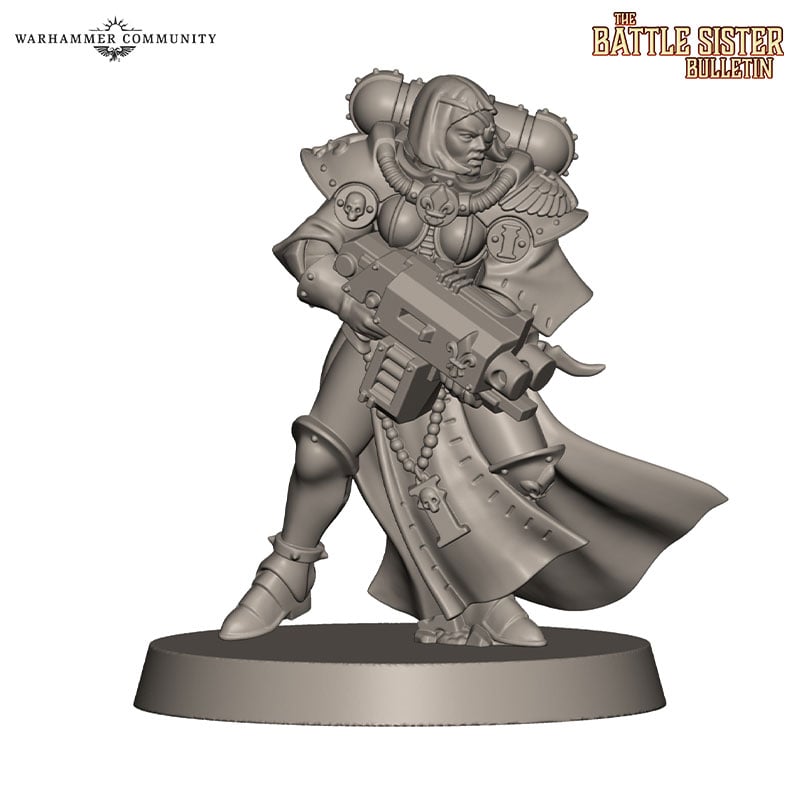 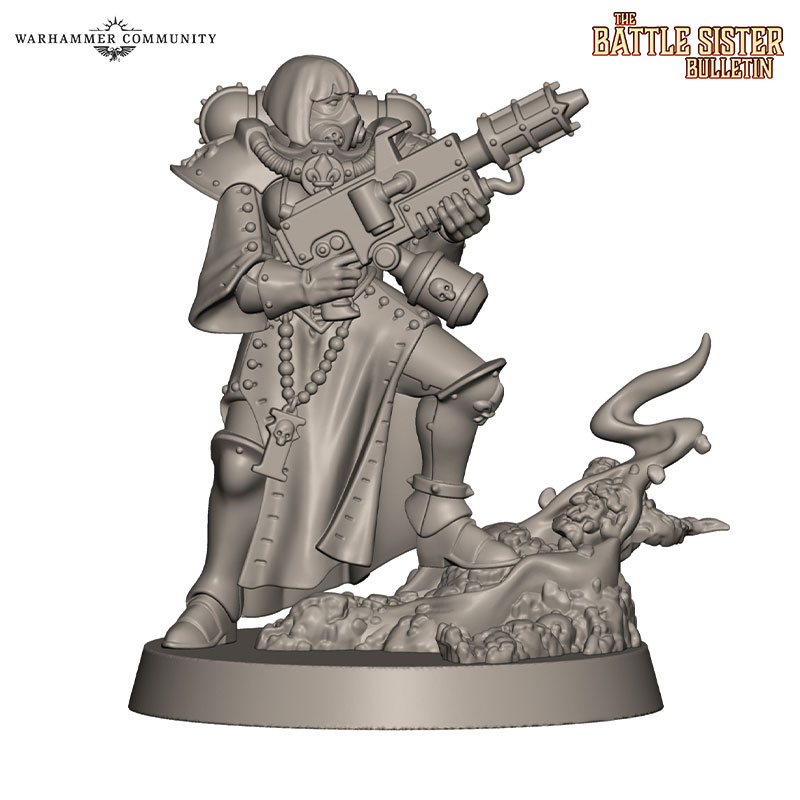 Burnt heretic, anyone? What better way is there to decorate the base of a flamer-toting Battle Sister than with the smouldering corpse of an apostate who was no doubt in league with Dark Gods? As you can see most clearly on the Battle Sister equipped with flamer, the habit is lined with studs that can be opened before battle to ensure freedom of movement. 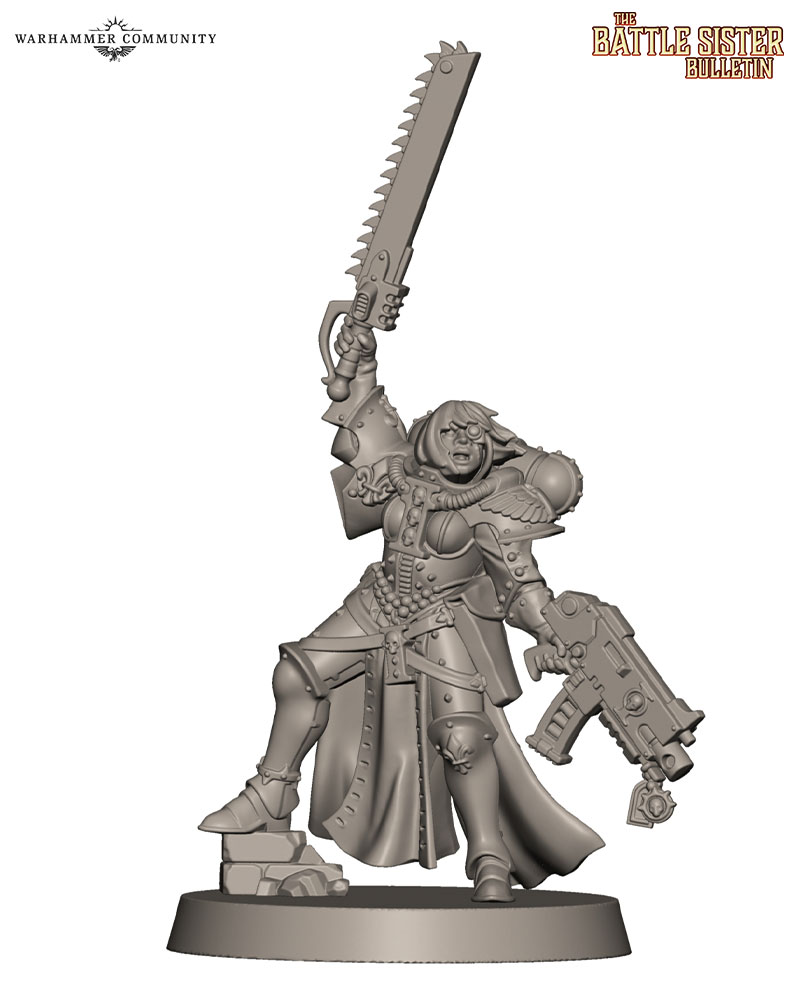 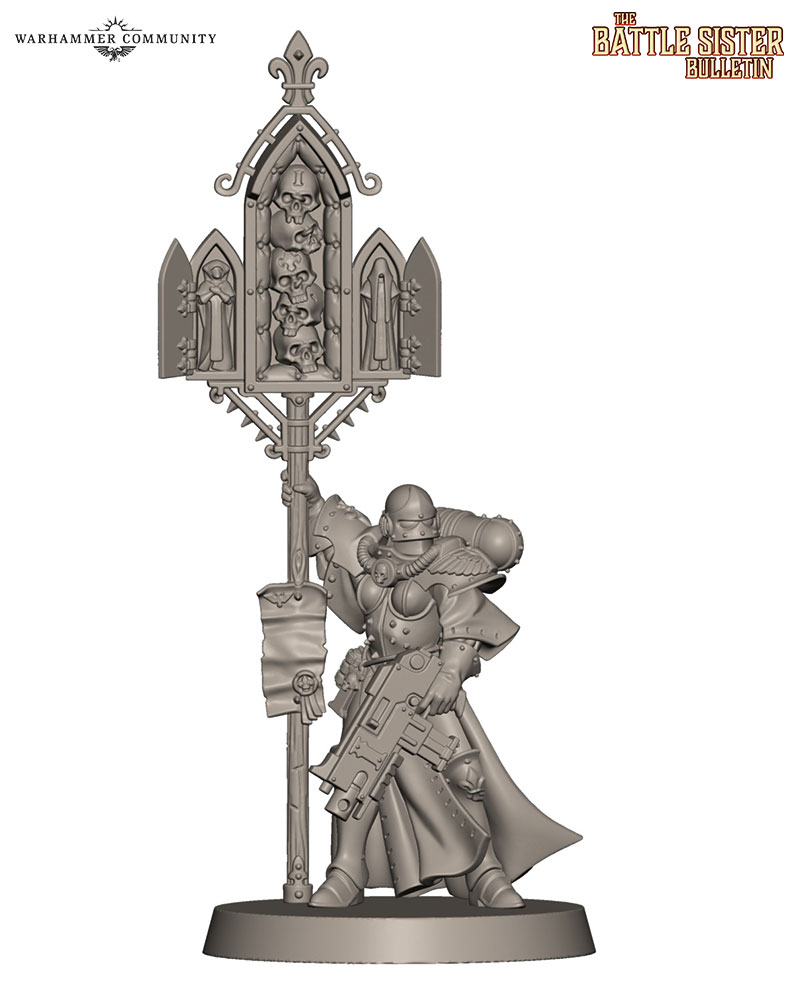 The Sister Superior is striking a suitably Warhammer pose, with one foot raised on some stones and her chainsword held aloft. Meanwhile, a closer inspection of the Simulacrum Imperialis reveals that the large reliquary is mounted on a wooden haft, complete with grain fibres and nicks from previous battles. Another point of note is that this particular Battle Sister is wearing a helmet – you’ll be pleased to know that each model in the kit can be assembled with or without a full helm.

As if all of these reveals weren’t already enough, we’ve also got a fully painted miniature from the squad to show you! 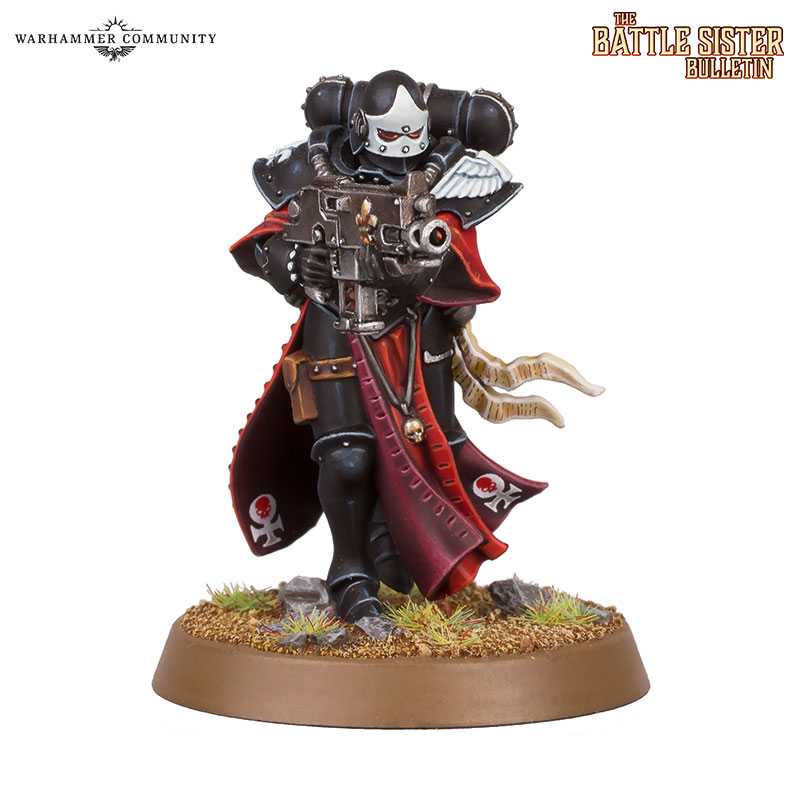 Cool, huh? We were so impressed with the result that we spoke to ’Eavy Metal’s Max Faleij about how the team made a start on painting the burgeoning Adepta Sororitas range.

Max: The colour scheme for the Order of Our Martyred Lady is iconic and striking. I think it’s safe to say that it’s probably one of the first images that come to mind when someone says “Sisters of Battle”. Whenever we revisit classic colour schemes like this, we always want to be really respectful of the original concept and appearance of the models. At the same time, we don’t want to miss any opportunities to refine the colour scheme and bring it up to speed with the current range of miniatures. It just needs to be done in a way where it doesn’t lose the essence of the original.

The way the new miniatures in the range are being designed also gives even greater insight into what the armour and equipment of the Adepta Sororitas looks like. We tried to describe the different materials using subtle variations in colour – pushing apart the cold black power armour and the warm black leather gloves for example.

We also gave the boltgun casings a more aged look by mixing Stormhost Silver, Warplock Bronze and some Abaddon Black together to create a metal that’s subtly different from the inner workings of the bolter itself.

The two-tone red of the habit is something that we really liked in the last rendition of the colour scheme and wanted to keep – not only is it an iconic part of the overall appearance but the two tones also help you read which parts of the model are part of the inner or outer robes.

Now that you’ve seen them, we’d love to hear what you think – join the conversation over on Facebook, and if you haven’t already, pick up Celestine, the Living Saint and her Geminae Superia, available in plastic right now!

One thought on “Big reveal of new Sisters of Battle”