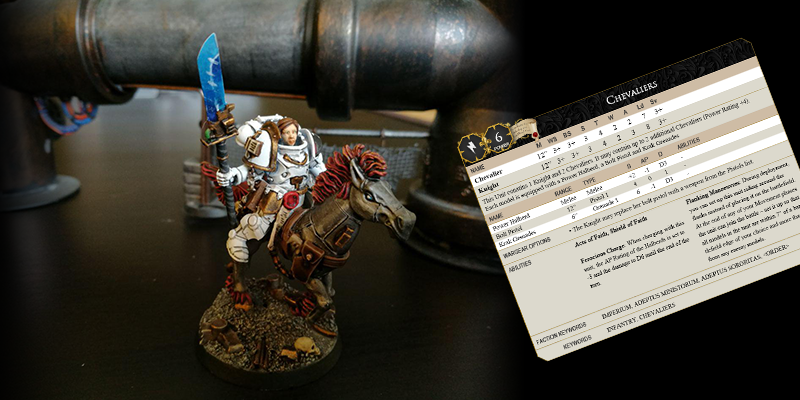 Prepare for a rare sight on the battlefields of the 41st millenium – mechanized horses! And on their backs the righteous Sisters of Battle. A new unit to crush your enemies and bring fear to the unbeliever.

The idea of the Chevaliers came to me, when I found some old Dark Elf mounts from Warhammer Fantasy. It’s been decades since I last used them and so I decided to convert them into something usefull – and voilà, a first model for my future Chevalier squad and some test rules to use them. (They already made some appearances in the past, so it feels pretty right)

And here are some impressions of my first model, at least 2 more to come! 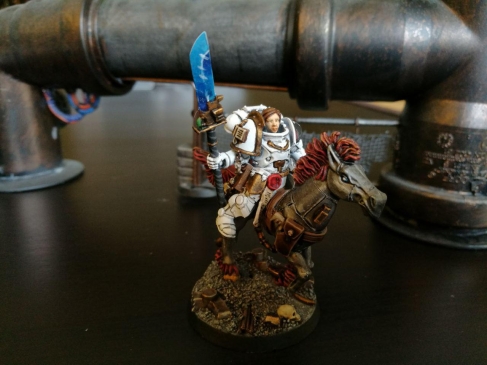 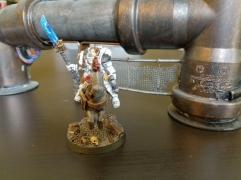 And if you wonder how it looked before the primer …

I hope you like the idea and perhaps you’re also inspired to build some mounted units for the grim darkness of the far future.